Get fresh music recommendations delivered to your inbox every Friday.
We've updated our Terms of Use. You can review the changes here.

by Bloody Your Hands! 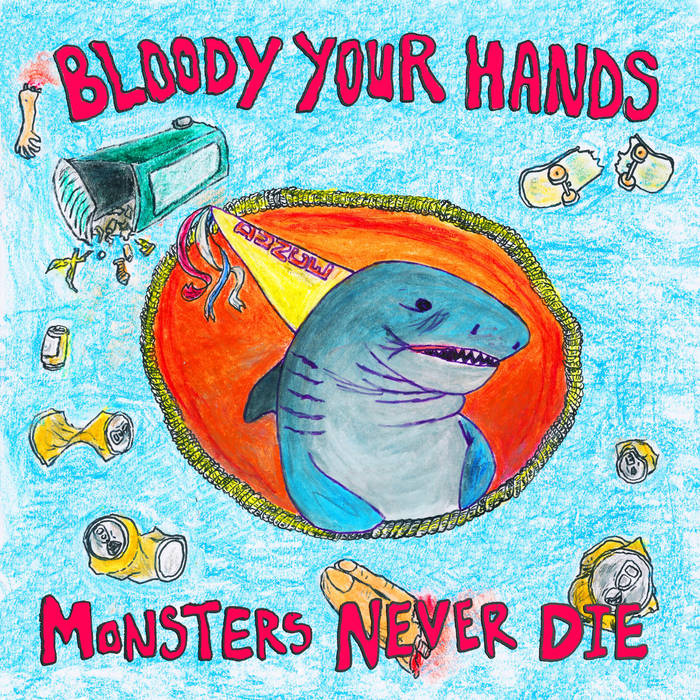 The phrase “monsters never die” came to me in a dream in 2016, but the word "monsters" has been a theme for me for a while. I use it like other people use "inner demons", as in the dark secrets and bad habits we all harbor. To me, "monsters never die" is a way of saying that people (myself included) don't actually change, but instead we learn to live with and cope with our inner monsters. And we learn to deal with those of the people around us - and sometimes even befriend these monsters. These things are part of who we are, and with all relationships (romantic or otherwise), you take the good with the bad. The record has songs about relationships, debauchery and inner conflict, but the tone is more "fuck it, shit happens, let's party" than it is "I'm depressed, I give up". So I thought Monsters Never Die kind of worked as a title.

Produced by Bloody Your Hands.

Described as "a rattling frenzy of irresistible power" and "a multi-faceted canvas of all that is likable about twenty-first century indie rock", NYC-based Bloody Your Hands combines catchy hooks, 90's alternative and driving punk - all with an explosive live show. ... more

Bandcamp Daily  your guide to the world of Bandcamp

Trevor de Brauw of RLYR and Pelican stops by for a chat, plus a tribute to the late Trevor Strnad